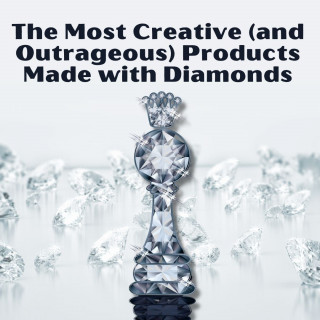 The game of chess is believed to have been invented in India around the 6th century AD. Since that time, the game has undoubtedly undergone some changes to become the modern version played by millions around the world. Not surprisingly, big-budget chess players have their pick of a variety of beautifully-designed boards and pieces. The record for the most expensive chess set in the world is held by the Jewel Royale set, where each piece is hand-crafted from gold, platinum, and of course, diamonds. It also features rubies, sapphires, and black pearls. Each piece, except for the horses (knights), features a gem-studded spiral in the middle. This ultra-luxury chess set costs $9.8 million.

Diamond Dress
Diamond Manicure The Most Creative (and Outrageous...