One of these destinations was Israel, where a new nation was forming. The thirst for talent, entrepreneurship and skill was the lifeblood for the growing economy looking to take part in the global arena.

Diamond traders in Amsterdam and Antwerp began fleeing to Israel in the 1930s, as anti-Semitism rose in Europe. They established a small, unofficial diamond-trading zone in Tel Aviv, where they operated out of modest offices and cafés in the Ahuzat Beit area of the city.

By 1937, after the British Mandate government cancelled the tax on diamond imports, the industry started to take off. Local traders banded to form Israel’s first diamond exchange, the Palestine Diamond Club. The country’s first manufacturing started with smaller goods in the city of Petah Tikva during that year. Very quickly, two more manufacturing centers started to develop in the coastal city of Netanya and in Tel Aviv.

However, it was not until World War Two broke out that the local industry had a chance to grow significantly. They began to fill the void left by Europe’s diamond industry, which fell victim to the war. In the late 1940s, diamond traders and polishers that survived the war immigrated to Israel, providing it with a further boost of skilled hands and accomplished traders.

A diamond exchange is born

They were slowly able to get more rough, prove their abilities and finally, convince De Beers to supply them regularly with rough diamonds. In the mid-1960s, after many discussions and failed attempts to establish a diamond exchange building in Tel Aviv, the mayor of Ramat Gan allocated a large lot for the first diamond exchange building, Shimshon.

It was a revolutionary concept. The decision to unify everything they need in one building led, over the years, to the birth of the Israel Diamond Exchange (IDE). One building turned into a complex of interconnected buildings that offered everything from diamond office supplies, banks and shipping firms to restaurants, a synagogue and even a barber, all serving the more than 1,000 diamond offices in a closed and secure environment. As a fast-growing diamond center, manufacturing facilities were quickly erected around it, and the area transformed into a thriving diamond trading and manufacturing epicenter.

By the 1970s, with an extensive and modern diamond bourse, deep knowledge in how to polish large and special diamonds as well as the standard goods, and expertise in fancy shapes, Israel had a central role in the global diamond trade. They soon replaced Belgium as the world’s largest polished diamond exporter. 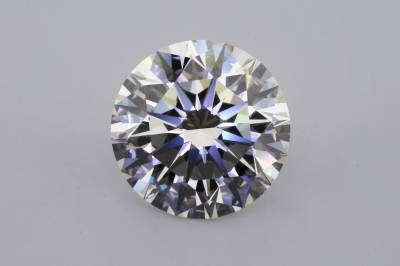 Israel developed a name for high-quality polishing and a great deal of specialization in various areas. In Netanya, for example, manufacturers developed expertise in fancy shape goods. Local polishers became known for their high-quality work and ability to utilize the rough diamond to improve yield.

The second most popular diamond shape, the Princess, was developed in Israel in 1979 as an evolution of several other square shape diamonds. Very quickly, this diamond shape became hugely popular around the world, and for good reason.

The three developers of the Princess shape – Yigal Perlman, Betzalel Ambar, and Israel Itzkowitz – sought to create a diamond that was both beautiful and economic. The result was a diamond with great brilliance and high yield. The combination of these two characteristics helped make this diamond shape very popular, especially in the U.S.

A spirit of innovation

One of the secrets of the success of the Israeli diamond center was the heavy investment in R&D. Nicknamed the Startup Nation, the Israeli high tech industry and its many engineers developed new technologies that improved polishing. With the aid of these tools, the Israeli industry was able to improve efficiencies and lower manufacturing costs.

Among these tools are robotics, identification and rough planning tools, and detection technologies. Over the years, these technologies have become a popular Israeli export to other diamond centers.

One of Israel’s greatest abilities is in manufacturing large and high value diamonds. Such goods, which require very careful planning and exceptionally high-quality workmanship, are shipped to Israel from all over the world to be polished by the local master cutters.

Many of the largest firms started small. Polishers that started on their own could, with a little entrepreneurial spirit, organize a group of polishers, work on a bigger scale and slowly accumulate enough capital to buy rough on their own, becoming a manufacturer over time.

The ability of small-scale polishers to make that transformation has become more challenging over the last few years due to rising manufacturing costs and lost margins. Today, manufacturing facilities in Petah Tikva and Netanya are long gone. Many of the polishing facilities in the area around the exchange have closed as well, as manufacturing has shifted to lower labor cost countries such as India and China.

Despite the decline in manufacturing in the country, Israeli diamond companies are among the largest in the world. Now major global players, Israelis own polishing facilities in countries such as Botswana, Thailand and more.

The Israeli industry has been making efforts to preserve its global standing over the past few years. These include increased bank financing and continuing to develop a technology research facility. It recently opened a polishing plant aimed at retaining know how and cutting costs, allowing Israeli companies to polish their goods at this facility at a reduced outlay.

The IDE is a bustling complex that some 330,000 visitors and foreign buyers visit annually. It has some 3,000 members and about 1,200 companies that directly employ more than 20,000 people. Among them are many contracted clients of the leading mining companies, including 12 De Beers Sightholders and Accredited Buyers. The Israeli diamond industry contributes about $800 million to Israel’s balance of payments every year.

The views expressed here are solely those of the author in his private capacity. None of the information made available here shall constitute in any manner an offer or invitation or promotion to buy or to sell diamonds. No one should act upon any opinion or information in this website (including with respect to diamonds values) without consulting a professional qualified adviser.

Miners vs. the Midstream: Who Needs to Change?
Making the Right Decisions in “Rough” Diamond Time...